Certainly, Cleopatra has been the most important woman of antiquity, who became known especially for her relationship with the Roman emperor Julius Caesar and later with the Roman general Mark Anthony. But you can read these tumultuous stories of passion and power in all of the historical works dedicated to the plot.  I’d like to talk today about the Jewellery of Cleopatra.

Jewels, gold and precious stones, between luxury and lust

The Romans, particularly Augustus (adopted son of Julius Caesar and Roman emperor), have tried to tarnish the reputation of Cleopatra with numerous legends. History it has been said, is written, by the victors … and Cleopatra is quoted very assiduously as a woman who used her charms and brilliance to persuade the Roman generals to desist from their intentions, even to transform them into enemies of the homeland, as it was the case of Mark Anthony, according to the writings of Flavius Josephus in the first century. Necklace carnelian as it existed at the time of Cleopatra.

To what extent could the beauty, character and eloquence of this particularly powerful woman have influenced these military men, who were among the most powerful in the world?

Born of noble blood, Cleopatra belonged to the dynasty of the Lagides. That is, of the Macedonians who reigned in Egypt after the death of the famous Alexander the Great in the 4th century BC. Cleopatra, in spite of the questioning of her maternal origins, lived all her life in the luxury of offerings,  riches of the kingdom and the spoils of war.

The wrist Jewellery of Cleopatra

Dating back to a bit before the kingdom of Cleopatra,  snake-shaped jewels have been worn fashionably on the wrists of women. Originally from the Hellenistic period, serpent-shaped bracelets, a symbol of fecundity and immortality, were universally recognized in antiquity. These jewels were quickly propagated in the Augustinian era in memory of the splendour and refinement of Oriental life embodied by the figure of Cleopatra.

In ancient Egypt, the symbol of the serpent was linked to the cult of the goddess Isis and also referred to the protective uraeus of the pharaohs. History does not specify it clearly, but it could eventually be conceived as a discreet homage to the most beautiful woman in the world, that Cleopatra, the last queen of Egypt, would die from the bite of a snake.

Mask of Tutankhamun in gold and precious stones

The cult jewellery of Cleopatra VII

Queen Cleopatra was the only one of her great dynasty to have been multilingual thus speaking Egyptian. She also wished to reconnect with the centuries-old traditions of pharaonic Egypt that had been neglected by her predecessors. The result of these traditions was the creation of many objects of worship and especially many jewels set with precious or fine stones such as Pearl, Agate, Carnelian, Amethyst, Quartz, Bones and Nacres. These amulets and necklaces helped to protect the bearers and to attract the favours of the Egyptian deities. It is for these reasons that many designs represented deities or sacred animals at the time. Many of these sublime jewels in precious metals, set with precious and fine stones were used in funeral ceremonies and burials. Sacred pieces often took the form of amulets but also necklaces, rings and pendants, testifying the belief of the owner’s  life after the death.
Other more precise Egyptian rites would allow joining the world of the dead while repelling the evil forces.
For example, we found gold funeral necklaces with Lapis-lazuli and Agate inlays whose clasps represent Horus. A ritual use is specified in the Book of the Dead: wearing this necklace, the deceased becomes himself the sun, whose appearance at dawn represents the resurrection.
Speaking of a cult, chances are that the name of Alabaster (hydrated calcium sulphate) comes from the ancient Egyptian “a-labaste” which designates white stone objects such as dishes used for the worship of Bastet, the Goddess of the joy of the home, the warmth of the sun and motherhood.

Emerald has been extracted from Egyptian soils for more than 3 millennia. Near the Red Sea are important mines for ancient Egypt: Jebel Sik and Jebel Zabarah in Upper Egypt. Cleopatra and her dynasty quickly adopted these precious mines of Emeralds after the conquest of Egypt by the Macedonian Alexander the Great. These so-called Cleopatra mines are hidden by temples that protect the entrance. You can visit them by visiting the Wadi el Gemal National Park.
One can easily imagine a woman wearing sumptuous Emerald jewellery! A gemstone at the height of a queen of his stature with a very marked character. Lapis-lazuli was often used by Egyptians for everyday use thanks to a powder obtained by crushing the gems, they were then able to create sublime shades of ultramarine blue for paintings and for makeup that allowed to emphasize the look. With this same powder, they made potions or medicines to cure certain ailments. Lapis lazuli is also known among Egyptians to adorn the most beautiful objects as tombs, vases or funerary masks as we can admire on the mask of Tutankhamun (see photo above).

Many jewels were also made with Lapis-lazuli and although history does not say it, the Queen of Egypt Cleopatra certainly, too, had worn beautiful necklaces of lapis lazuli beads: a fine stone that has travelled through time. 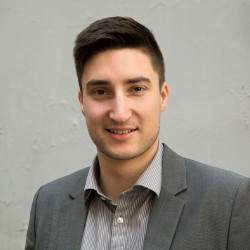 France e-commerce manager at Juwelo. I quickly get a passion for precious and fine stones. It is always with great pleasure that I discover a new stone. My favourite gem? The Sphene! Its strong birefringence makes it one of the rare gems whose dispersion is stronger than that of the diamond. Not to mention it's pleochroism ...